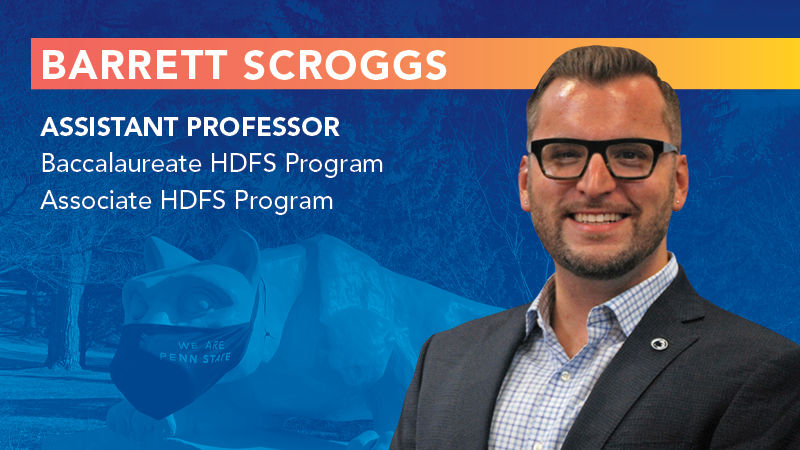 Barrett Scroggs was studying substance abuse among young adults who identify as lesbian, gay, bisexual, transgender, and queer (LGBTQ) when the COVID-19 pandemic added a new dimension.
The assistant professor of Human Development and Family Studies at Penn State Mont Alto wondered how the isolation recommended to control the spread of the coronavirus would affect his research, so he shifted gears to incorporate the emerging health crisis.

“This was immediate,” Scroggs said of seeing the impact of the coronavirus on his study of LGBTQ emerging adults ranging in age from 18 to 29.

The global pandemic began in December 2019 and by March 2020 the United States was seeing increased transmission. Social-distancing guidelines were instituted across the country that limited contact between people outside of household units. Scroggs’ study compared the mental health of LGBTQ emerging adults who completed the survey before many social-distancing guidelines went into effect with those who completed it after they were in place.

Those who participated in the survey after contact restrictions were initiated reported lower levels of hope for the future, higher levels of alcohol use, and a lower sense of connection to the LGBTQ community.

“Home might not always be the best place,” even if it seems safest for one’s physical health, Scroggs said.

Scroggs’ findings were outlined in “COVID-19 and LGBTQ Emerging Adults: Risk in the Face of Social Distancing,” an article he wrote with Heather A. Love and Chelsey Torgerson, with whom he attended graduate school at Kansas State University. The article was published online in October 2020 by SAGE Journals’ Emerging Adulthood.

In his writings, Scroggs acknowledged that while social distancing is an effective method of reducing transmission of the coronavirus, it can negatively affect mental health and well-being, particularly in vulnerable populations such as LGBTQ emerging adults. That group of people, whose age leaves them caught between adolescence and adulthood, often experiences what is known as minority stress. Often, this anxiety can be eased by feeling a sense of identification with the LGBTQ community and openness about one’s identity. For emerging adults, a sense of community is frequently found through LGBTQ organizations on campuses, in friendship groups and at gay bars.

Scroggs was surprised to find that post-social-distancing participants reported a significantly lower perception of minority stress than the group surveyed prior to restrictions being placed on in-person interaction. Scroggs, who holds a doctorate in life span human development, thinks that means they had less of a perception that the bad things in their life were the result of being LGBTQ and more as a result of the COVID-19 pandemic.

While Scroggs recruited study participants living only in the United States using a crowdsourcing website called Prolific, his work caught the attention of a London-based freelance reporter. Finbarr Toesland interviewed him in early January 2021 for an NBC News piece about substance use during COVID by those who identify as lesbian, gay, bisexual, transgender, or queer.

“That’s the first time that’s ever happened,” Scroggs said of being interviewed by an international media outlet. “I’m just happy that folks are highlighting the issue.”

The larger study he was conducting on substance abuse among LGBTQ emerging adults was funded by a Penn State grant through the Social Science Research Institute. Scroggs said Penn State Mont Alto encourages not only its faculty and staff to do research but its students.

Penn State considers cross-discipline interactions to be essential to finding new solutions, and its culture is rooted in collaboration.

“I’m proud of that study and am curious to see where it goes,” Scroggs said.

He also wonders how the effects of the coronavirus will be probed in other research areas.

“COVID is going to impact our lives for years,” he said. 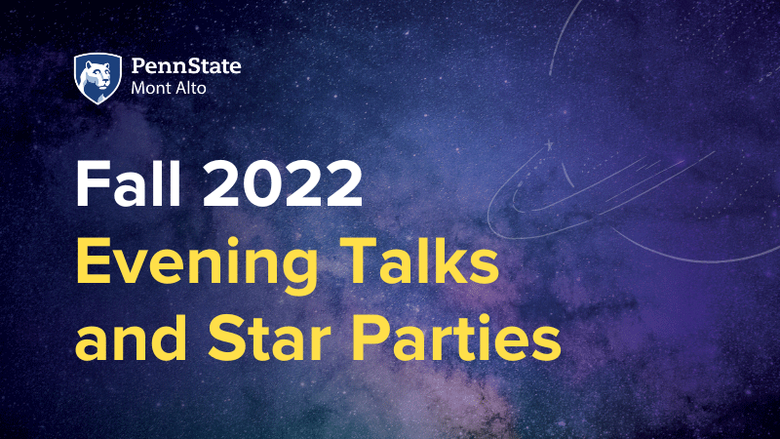 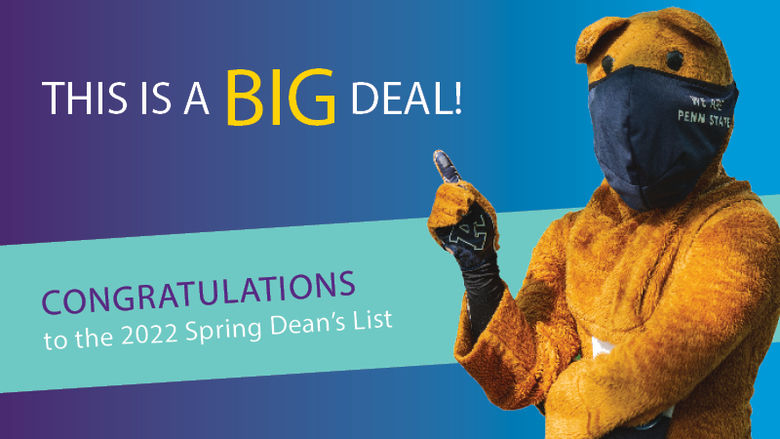