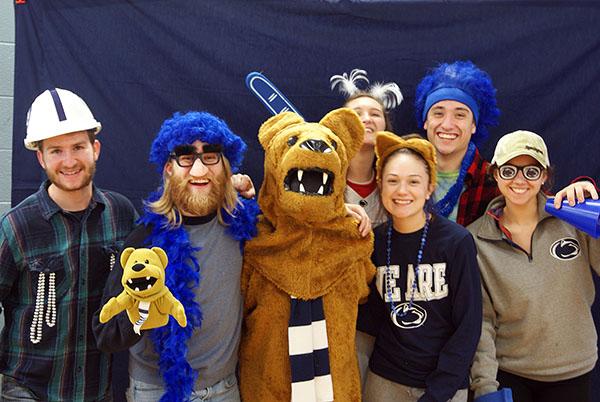 The event began with a tailgate party that included walking tacos, drinks and music. Chancellor Francis Achampong welcomed the crowd and said he initiated the event to not only appreciate the students but to also bring spirit to the campus community and generate excitement around Mont Alto’s athletic teams. The Penn State Mont Alto Cheerleading Team and Nittany Lion mascot led the crowd in a pep rally and some donned Penn State gear for a photo in a traveling photo booth.

The event continued with two victorious basketball games, when the women upset Christendom (60-40) and the men took Penn State Wilkes Barre (84-67). Pizza and giveaways were available to the students during intermission between each game.