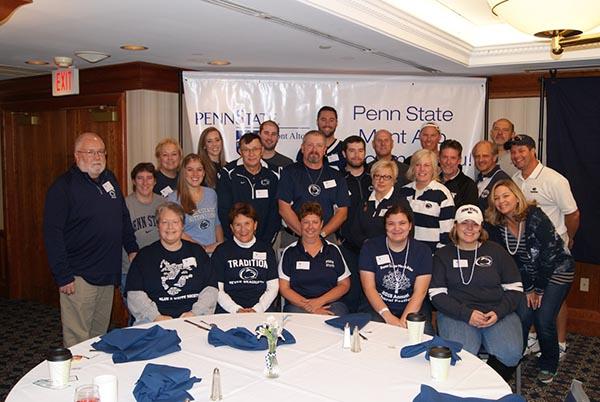 MONT ALTO, Pa. — The Penn State Mont Alto Development Office hosted its seventh annual Alumni & Friends Football Tailgate as part of Penn State’s Homecoming weekend on Oct. 10. It was held at the Nittany Lion Inn on the University Park campus prior to the football game. More than 140 Mont Alto supporters attended the event, which was sponsored by the Penn State Mont Alto Alumni Society and generously underwritten by alumni Jim and Barbara Ingram.

Boccardi shared her excitement about participating in the tailgate, saying, “Not only did Nicole and I meet a lot of great Mont Alto alumni, but we also had a blast taking their silly game-day photos. The football game was something like I’ve never seen before — more than 100,000 people screaming, “We are…Penn State!”