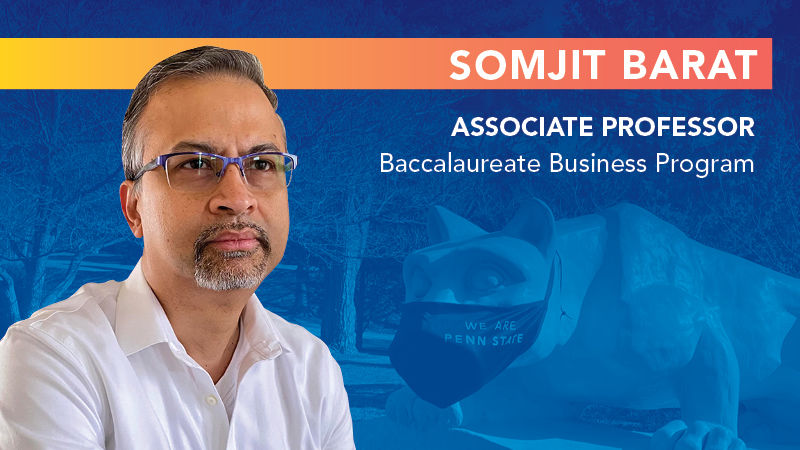 “What is the point of doing research that non-academics can’t relate to?” said Barat, associate professor in the baccalaureate business program at Penn State Mont Alto. “What is the point? Just to get published?”

That drive often led the 2021 Mont Alto Faculty Scholar to ask tough questions of his professors and classmates while pursuing his doctorate in marketing at the University of North Texas. Sometimes they weren’t appreciated, but he couldn’t squelch his analytical side, which was groomed earlier in his education when he earned a master’s degree in economics from Jadavpur University in India in 1993 and from the University of Kansas in 1996.

Barat, 51, became disillusioned with the field of economics, so changed direction to teaching and statistics, then tried information technology, earning an MBA in the latter from the University of Kansas in 1999. He said he found working in IT too stressful and it required too much travel, so he re-evaluated his vocational path.

He asked himself, “What is it that really excites me?” The answer came in one of his interests outside of work: entertainment.

Barat is a native of India, what he called “the land of Bollywood (and) the mother of all entertainment,” and chose to study the marketing and advertising side of that industry. He earned a doctorate in marketing from the University of North Texas in 2007.

Barat admitted that turning parts of his entertainment hobby into his career was rough at first, particularly when he had to focus on reading academic journals. Then he began attending conferences and writing about topics of interest.

“That’s what gave me the satisfaction,” Barat said.

A voracious consumer of news from all over the world, he uses a journal to jot down information that captures his attention.

“That will be the seed of my next line of research,” Barat said.

Among the topics Barat has researched and written about are medical tourism in India and Thailand, an exploration of people seeking health care outside their home countries. His paper on the subject was deemed the best at the November 2020 virtual conference of the Applied Business and Entrepreneurship Association International.

He also has presented a marketing perspective on the ethics of outsourcing drug trials. His 2019 article, published in the International Review of Research in Emerging Markets and the Global Economy, acknowledged the importance of conducting thorough trials before a drug can be approved for sale, but said research companies often push ethical limits when it comes to finding people in non-Western countries who are willing to participate.

Barat said he learned how expensive it was to bring drugs to market and was shocked by the statistics he uncovered.

“Some of the numbers are mind-boggling,” Barat said, including how many medications people in the U.S. take every day and how much money they spend on them.

Those works are among the reasons Barat was selected as this year’s Mont Alto Faculty Scholar, for which he will receive a $500 stipend and a plaque.

“A single-authored paper speaks to the work of that individual,” said Doncheski, who was joined on the committee reviewing award applications by the previous three recipients and a faculty volunteer.

Doncheski said another fact that set Barat apart is his service on several editorial boards for peer-reviewed journals, which demonstrates that his expertise is being used to guide higher-level students and other researchers.

Receiving the faculty scholar designation is significant to Barat.

“I was humbled and feel honored that the campus has decided to give recognition for my work,” said Barat, who has worked at the Mont Alto campus since August 2007. “I love doing what I do.”

A common thread in Barat’s research is comparing the United States to India, be it in marketing, medicine or culture. He likes exploring contrasts between the oldest democracy (the U.S.) to the largest one (India), and seeing how the two rely on each other.

The Hagerstown, Maryland, resident is originally from Calcutta, India, and stays connected to his roots.

“I still maintain very, very close ties and close contacts with India,” said Barat, who stays up to date on the news there and keeps in touch with family and friends.

He tries to traverse the many miles between his current and former homes annually to visit family, though the COVID-19 pandemic has hindered his ability to do that. He was there three or four times over the span of about four years for professional purposes.

As the coordinator of international and intercultural programs at Penn State Mont Alto, he encourages students to explore regions far from their own, “to see how others are different from us.”

Students who went on the two trips to India that he has helped coordinate had what he called an “out-of-this-world experience. They were thrilled," he said.

Barat said the questions his students ask after traveling to foreign lands help guide his research.

He sometimes shares his articles with students in his 400-level classes to illustrate how to do an abstract and write in American Psychological Association style and teaches them how to find reliable sources.

“Research is not for everybody,” Barat acknowledged, but when he sees students’ writing improve over a semester and a few find the process intriguing, he is delighted. 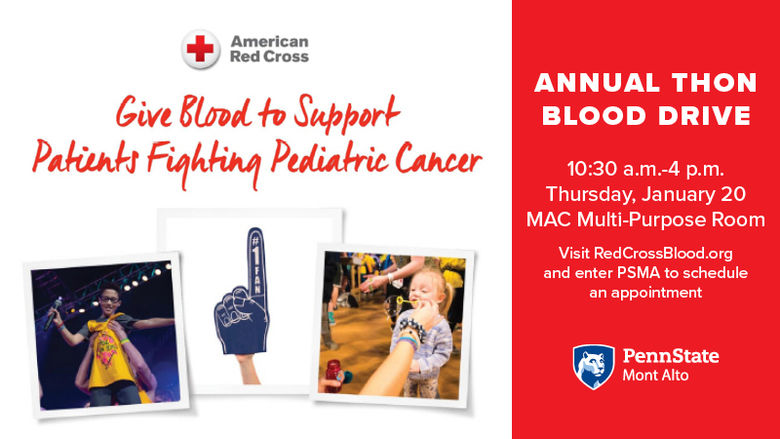 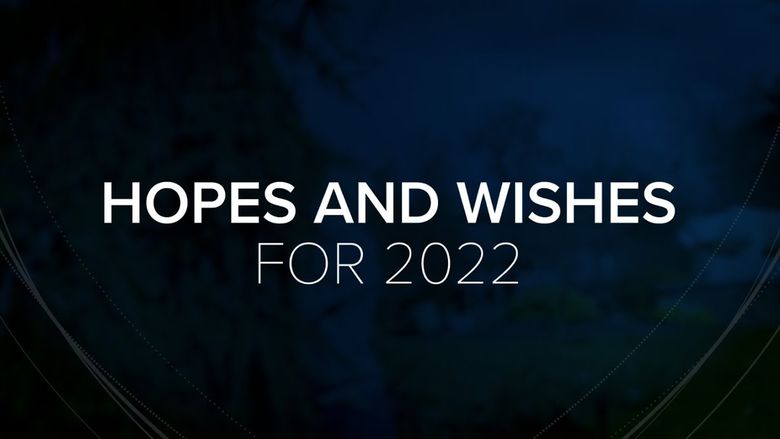 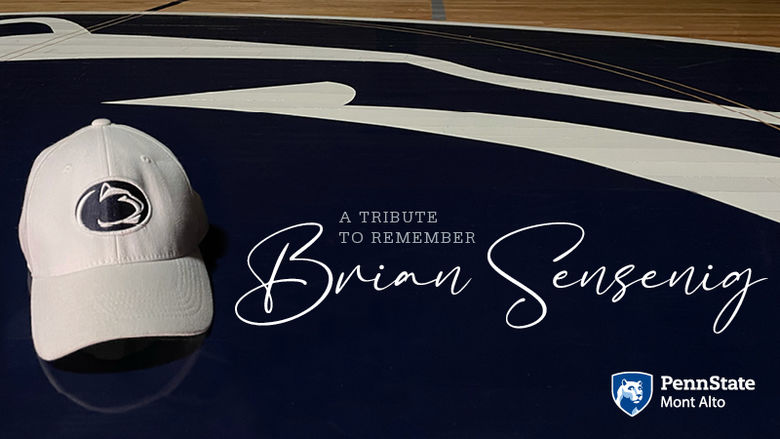