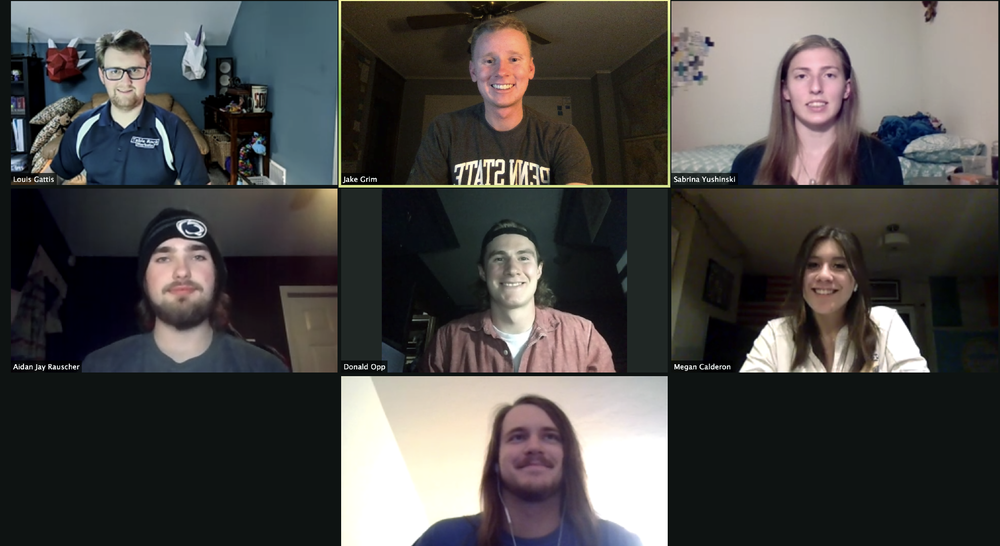 The Table Rock Markets team collaborating via a Zoom meeting.

MONT ALTO, Pa. - A lifelong love of agriculture and an affinity for technology proved to be a fertile combination for Jake Marshall Grim, the first Penn State Mont Alto student to win the annual Mont Alto LaunchBox LION Tank competition.

The 21-year-old junior received $1,500 for winning the fourth annual “Shark Tank”-like event on March 25, which was virtual for the first time. He created Table Rock Markets, an e-commerce platform designed to help local farmers increase produce sales by connecting them with consumers in an online marketplace.

Each of the top three presenters received grants, a year's access to the Mont Alto LaunchBox and additional services to help get their products into the marketplace. The competition is staged by LaunchBox, an innovation hub funded by a seed grant from the Invent Penn State initiative.

Grim grew up on a farm in Biglerville, Pennsylvania, where the family raised horses and now grows vegetables and flowers, so agriculture is part of his personal history. While a student at Biglerville High School, he took part in competitions held by the National Future Farmers of America (FFA) organization at the state and national levels and in 2019 was awarded the FFA American Degree, the highest honor presented by the organization.

The digital world is also part of Grim’s history, as evidenced by his participation in the Technology Student Association while in high school.

Table Rock Markets - the moniker is a nod to Table Rock Road, on which he and the grandfather for whom he is named grew up - is a marriage of those areas of interest.

“I kind of like tying the two together,” said Grim, a business management and marketing major at the Mont Alto campus.

In October 2019, when he was a student at Virginia Tech, the fresh fruits and vegetables surrounding him at a grocery store caused him to shift his focus away from the electrical engineering he was studying back to what he enjoyed most.

“I love agriculture,” Grim said. “Food is the essence of quality of life.”

While he liked the creativity and problem-solving aspects of engineering, he yearned for more of an entrepreneurial outlet. He found it when the COVID-19 pandemic changed the world in 2020.

His first enterprise began in April 2020 when he made 900 face shields with foam and plastic for organizations that were helping to fight the coronavirus. He was enrolled in the business administration program at Harrisburg Area Community College at the time.

A month later, he created the QR Menu System (www.qrmenusystem.com) to help The Pub & Restaurant in Gettysburg, Pennsylvania, which his mother, Lisa Grim, has owned for almost 30 years. It prevents the need for expensive, bacteria-carrying printed menus at restaurants by allowing them to share their menu selections on an e-platform.

When he had a programming problem with that endeavor at the end of June 2020, Grim asked friend Hunter Dubbs, with whom he collaborated on a technology project in high school, for help.

At the end of July, Grim asked Dubbs if he was interested in building the Table Rock Markets e-commerce platform. Dubbs was interested, and the platform became the capstone project for one of his classes at Pennsylvania College of Technology. Dubbs is the co-founder of Table Rock and its head developer, writing the bulk of the code.

During an October 2020 teleconference with representatives from the Pennsylvania Department of Agriculture, Grim and Dubbs discussed their concept for using technology to help farmers bring their products to consumers. The governing body saw potential in the idea, and in February 2021, they grew their team to include those handling quality control, artificial-intelligence development, grant writing and marketing.

“Every single person on our team is very talented,” Grim said.

Linking with a client

Grim used his personal connections to land Table Rock Markets a farmer willing to pilot the software. Michael King’s wife was Grim’s fifth-grade teacher and their daughter attended Biglerville High School with him. King, one of three owners of Twin Springs Fruit Farm in Adams County, Pennsylvania, remembers seeing the then-teen Grim, blond hair down to his bottom, when he dropped his daughter off at school. He had an inkling that their lives would intersect in the future.

“He was like the class king,” the farmer recalled, adding that Grim was outgoing, polite, fun and happy.

In the summer of 2019, Grim got a chance to visit King’s farm, where he finally met Michael, a fellow Table Rock Road resident. Grim later was invited to an event at Twin Springs for the Young Grower Alliance.

“I was amazed at how forward-thinking Twin Springs was,” Grim said.

King, 51, who owns the farm with his father, Aubrey, and brother, Jesse, said innovation has been part of the 40-year-old operation from the beginning. When Aubrey purchased the farm, he hewed the locust trees on the property and sold them as fence posts, Michael said.

Two of the original partners in Twin Springs were from Bethesda, Maryland, and got permission to set up a produce stand in the parking lot of a church in exchange for a percentage of sales. That ingenuity grew their clientele and jump-started their presence at farmers markets. Twin Springs now sells at 17 markets a week in Virginia, Maryland and Washington, D.C.

Aware of Grim’s tech-savvy abilities, King asked him in July 2020 for help selling the harvest from the farm’s crops online and with some other information-technology issues. Twin Springs encompasses more than 200 acres and grows practically everything the region’s climate allows, including multiple berry varieties, figs, rhubarb, apples, peaches and many vegetables. The operation’s five greenhouses allow it to grow cucumbers, lettuce, arugula and spring mix year-round, plus eggplant, sweet peppers and tomatoes for most of the year.

Twin Springs has been selling its produce online for more than a year and joined forces with Grim in early 2021. Table Rock helps customers find local farmers and the markets they attend. Once they find a farmer from whom they want to buy, they put items in a virtual shopping cart. Before checking out, they select the farmers market where they will pick up their merchandise.

“He’s helped us a lot,” King said. “It’s easier for us because he’s doing his computer things.”

Grim could see that online sales were helping the business, but understands how hard it is to balance inventory updates and farming operations.

“I saw how profitable it was for them,” Grim said. “I saw the potential there and also how they were struggling.”

Grim and his team have been busy in the Penn State competitive circuit this school year.

Table Rock Markets also was showcased in the Invent Penn State Venture & IP Conference on April 15 and 16, one of the largest tech startup conferences in the mid-Atlantic. A week earlier, the business won $10,000 in a three-way tie in the Inc. U competition, which will air May 13 on "The Investment" on the WPSU channel.

The fledgling endeavor is part of the Nittany AI Challenge. Table Rock received $500 for development of a prototype incorporating language processing so farmers can upload inventory verbally instead of with a keyboard. They are now in the MVP (minimum viable product) round and earned an additional $1,500.

Grim admitted that taking part in so many events while juggling 21 credits is daunting, particularly when he doesn’t thrive on competitions.

“I don’t enjoy it as much as I should,” Grim said of participating in business contests. “It’s a lot of stress, a lot of work,” with no guarantee of winning.

But he knows his business is worth it.

“I do believe in Table Rock Markets,” Grim said, and victories often mean funds to nurture his idea.

He finds what he called the Invent Penn State entrepreneurial “bubble” an incredibly supportive network that inspires him to work tirelessly. He credits it with helping him find teammates for startup competitions and connecting Table Rock with mentors, coaches and event coordinators who help refine and improve its business model and pitches. The hub also has helped Grim network with investors and get legal advice on issues such as patents and intellectual property protection.

“I met so many helpful, great, talented people. Everyone wants to help you succeed,” Grim said.

Ultimately, Table Rock is the product of a lifelong drive to help others.

“I just care about people,” Grim said. “I try to live with purpose and meaning. I want to make a difference in people’s lives. The reward I get from helping people is what fuels me.”

For more information about Table Rock Markets, go to https://tablerockmarkets.com.

To learn more about Invent Penn State, go to invent.psu.edu. 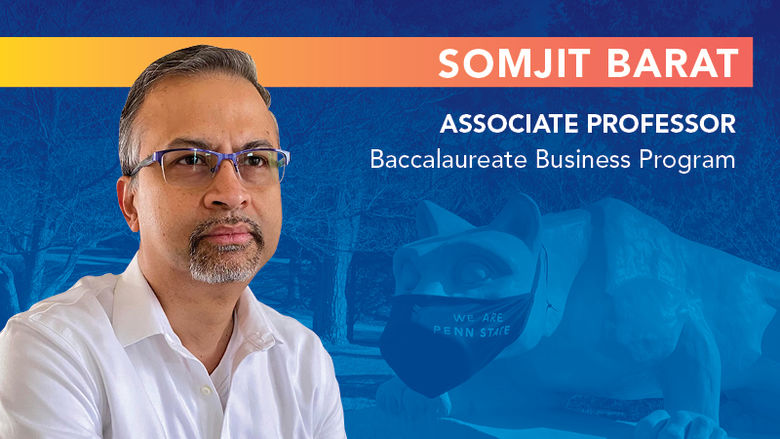 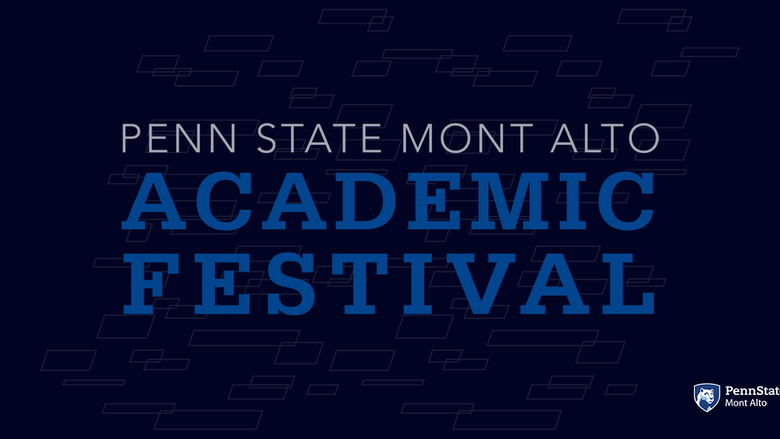 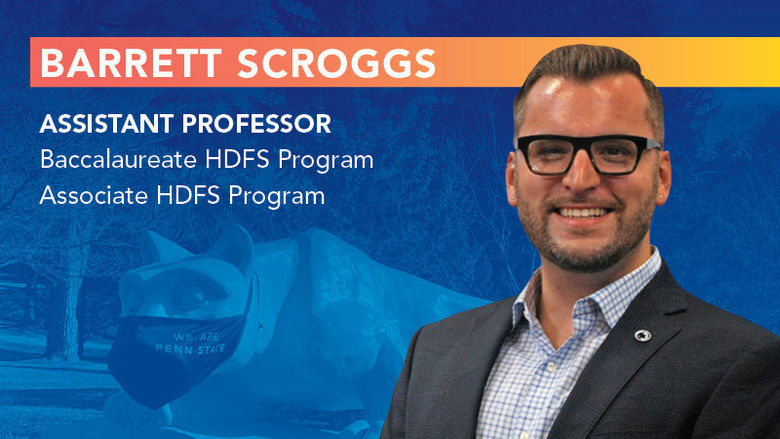 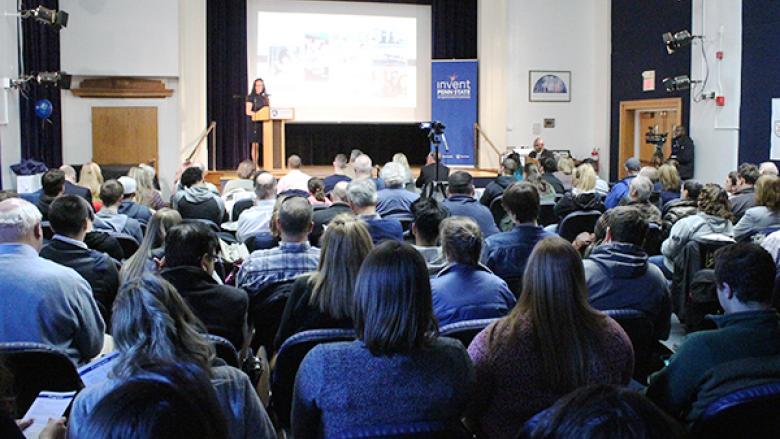 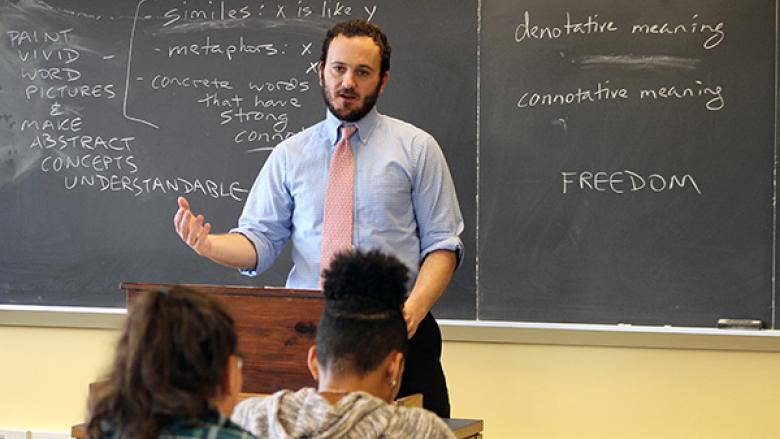