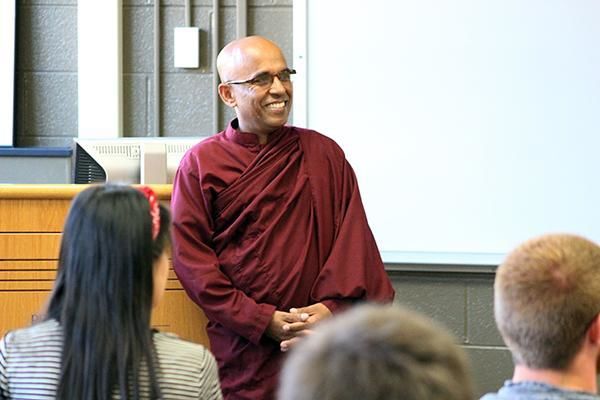 The Venerable Bhante Sujatha, a Buddhist monk, speaks to a class at Penn State Mont Alto.

MONT ALTO, Pa. — A Buddhist monk will make his annual visit to Penn State Mont Alto to show people how daily life can be a powerful form of meditation.

Sujatha has visited Mont Alto every year since 2010 as one of many culturally enriching opportunities offered at Penn State Mont Alto. A native of Sri Lanka, he began the monastic life at age 11. The rigorous training he underwent, he said, taught him how to get along with people anywhere in the world and how it is easier to handle people’s issues and personalities when you can get a grasp on your own.

In 1993, he left Sri Lanka for Brisbane, Australia, where he taught meditation and Buddhism. Four years later, he accepted the invitation of one of his former teachers to join him in the United States. He relocated to the Midwest, where he helped establish the Great Lakes Buddhist Vihara in Southfield, Michigan.

The next stop on his life’s journey was Illinois, where he pursued a degree in psychology at McHenry County College and started a meditation class at a Unitarian church in Woodstock, Illinois. There, the Blue Lotus Buddhist Temple and Meditation Center was established. Sujatha said he believes his job is not only leading meditation, but teaching people how to be happy. He said he aims to show how work can be a spiritual practice, allowing individuals to enjoy whatever they are doing in the moment, instead of worrying about the future or past.

For more information about the spiritual leader of the Blue Lotus Temple, visit bluelotustemple.org/bhante-sujatha. 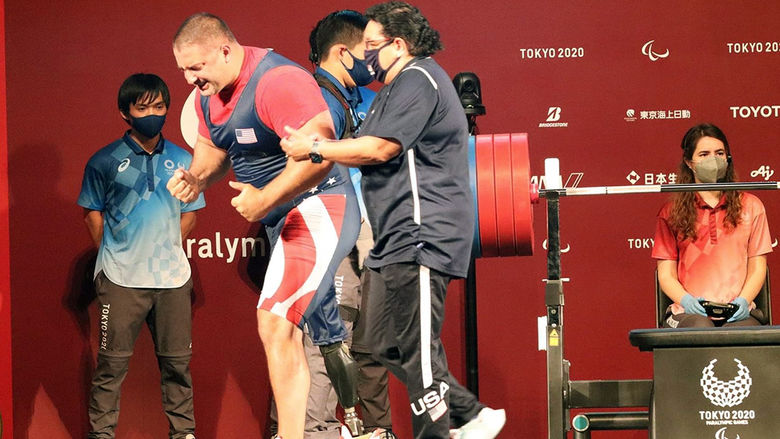